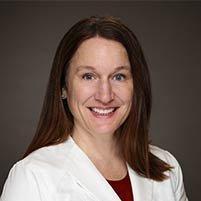 Brain aneurysms and vascular malformations affect blood vessels in your brain, where they can exist for years without causing problems. When you develop symptoms, it’s essential to get medical attention to prevent serious complications. Dr. Carrie Shulman at The Florida Center for Minimally Invasive Neurosurgery specializes in minimally invasive procedures to treat brain aneurysms and vascular malformations, working with each patient to provide optimal care. To schedule an appointment, call the office in Clearwater, Tampa Bay, Florida, or book an appointment online.

What is a brain aneurysm?

A brain aneurysm occurs when muscles lining the inside arterial wall weaken, allowing a balloon-like bulge to develop. The vessel wall becomes thinner and weaker over time, increasing the risk that the aneurysm will leak or rupture.

Ruptured aneurysms bleed into the space around the brain, causing a subarachnoid hemorrhage. This type of hemorrhage is a medical emergency because it can lead to a stroke, coma, and death.

What are the symptoms of a brain aneurysm?

Most aneurysms don’t cause symptoms until they rupture or get large enough to press against surrounding tissues. A large, unruptured aneurysm may cause:

When the aneurysm begins to leak and subsequently rupture, symptoms include:

How is a brain aneurysm treated?

Once an aneurysm breaks, it must be surgically repaired to prevent another rupture. Treatment options include:

What is a vascular malformation?

Blood leaves your heart through large arteries, which branch into smaller arterioles, then into tiny capillaries. Capillary beds branch out to deliver oxygen and nutrients to cells, then they connect with tiny venules that carry blood into your veins and back to your heart.

A vascular malformation, or arteriovenous malformation, occurs when arteries and veins connect with one another without the capillary bed, creating a tangle of blood vessels that disrupt normal blood flow.

What are the symptoms of vascular malformations?

Just like aneurysms, vascular malformations may not cause symptoms until they rupture and bleed. When this happens, you may experience:

How are vascular malformations treated?